A lady who was photographed in a hotel at 5.30am with Wayne Rooney says the footballer had removed his underwear in front of three females at a jacuzzi party. 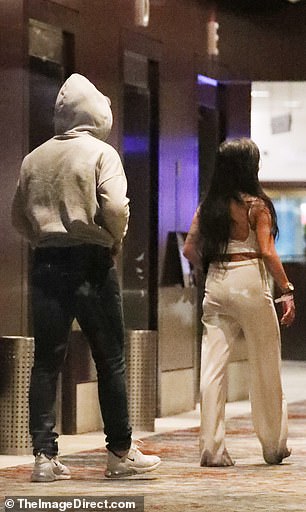 Karra Granados, 27, said on August 17 in Vancouver, Rooney and four players for the US DC United team changed their pants before going into a hot tub for a seven-hour night out. 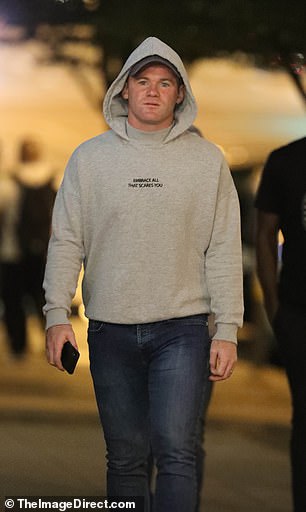 Ms Granados told The Sun that everyone was ‘definitely going for it’ and Rooney, 33, was ‘letting his hair down’ and in ‘very good spirits’ during the ‘intense’ evening – adding that he was ‘such a gentleman the whole time’.

She told the paper: ‘Wayne took off his jeans and was dipping his feet in the water. He joined in with everyone else. He had tight boxers on — they were blue and I think they were Calvin Klein.’

Ms Granados added: ‘I think Wayne just wanted to feel like a normal guy on a night out, not a famous person.’