Singer Adekunle Gold has spoken on the very first time he every asked a girl out at the age of 15. 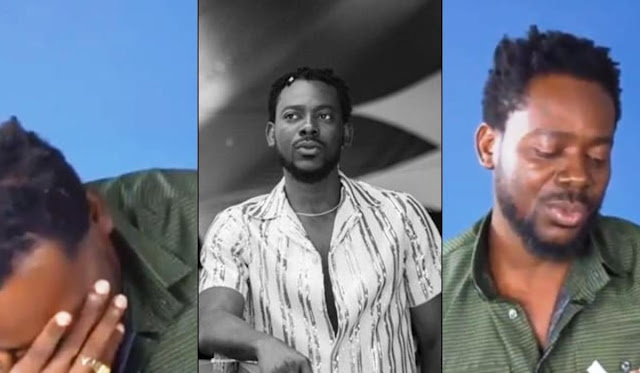 In a recent interview, Adekunle Gold who is now presently the husband  to Nigerian singer, Simi talks about his first love letter  he had written while he was at the age of 15 to ask a girl out.

Recalling the moment, Adekunle says he was so stupid at the age of 15 when he asked the girl out. He also revealed how he wrote her a love letter with heart shape drawn on it and then spraying perfume on it to wow her.

In the video currently going viral, he said;

First time i asked someone out was at 15, i was so stupid
i wrote a letter and then oh my gosh… (laughs)
So i wrote a letter and i put perfume on it
i drew so many heart shapes on the letter, just so at least when she opens it the thing would just wow her.
Nah, epic fail.

I Was So Stupid At 15 – Singer, Adekunle Gold Speaks On When He First Asked A Girl Out. pic.twitter.com/vLHDNWvHiR