Just days after Bindi Irwin revealed that she and longtime boyfriend Chandler Powell are engaged, the conservationist is sharing how she will honor her late father, famed animal expert Steve Irwin, at her upcoming wedding. 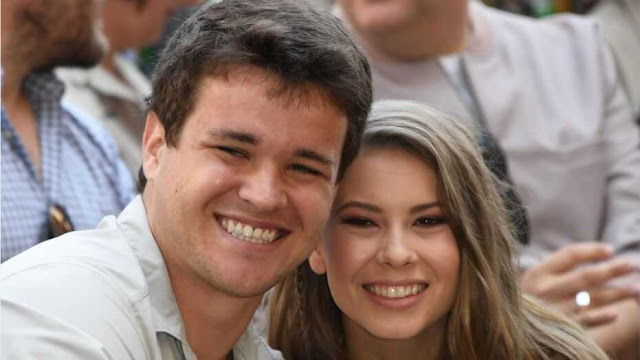 In a new interview with Entertainment Tonight, Bindi and Chandler revealed that they are planning to have the big day take place sometime next year.

The 21-year-old also shared that for her, in particular, one of the most important aspects of the couple’s wedding day is incorporating her family as well as paying tribute to her dad.

Bindi explained to the outlet that she’s had plans that she’s thought about since she was “a little girl” with one of them being that she wants her younger brother, Robert Irwin, to walk her down the aisle, filling the role that would have been her father’s.

“I think that for me, it’ll be really important that Robert walks me down the aisle,” Bindi said. “That’s something that I really want to do.

“I’m always so grateful that Robert is there, and he has been such a big part of my life and he’s always stepped up and been the one to give me a hug when I need it and encourage me forward in life,” she continued. “So he will definitely be the one to walk me down the aisle when the time comes, and I think that will make it really special.” “And I think that’s what dad would have wanted as well,” Bindi noted.

When it comes to the traditional father-daughter dance, Bindi said she will turn to her mom, Terri Irwin, for the honor.

“I think, if I was going to do a dance, it would be with my mom,” she shared. “My mom and I are so close. She’s my pillar of strength in life and I love her beyond description.

“So I think, when the time comes, Robert will walk me down the aisle, [Chandler and I] will have our wonderful moment and I’ll have my dance with mom,” Bindi added. “I think that would be wonderful.”

On Sept. 4, 2006, Irwin, more commonly known as the “Crocodile Hunter,” was killed by a stingray while filming off the Great Barrier Reef. He was 44 and Bindi was just 8-years-old at the time.

Along with looking to her mom for the special dance, both Bindi and Chandler have gone to Terri for relationship advice.

“She said to me a few months ago, she said, ‘Your dad and I used to always talk about what makes a perfect marriage, or a really wonderful marriage, and what’s interesting is that for us, it was kind of that feeling of comfort,'” Bindi recalled.

She continued: “So you know, your relationship can be this wonderful, exciting adventure, but you want to find someone who, at the end of the day, you’re really comfortable with.”

Bindi went on to reveal that Terri once compared the love that she and her late husband had to a favorite pair of beloved “old shoes.”

“It sounds really weird, but if you have your most comfortable pair of shoes, you can always count on them, you know, that they’re always gonna hold up, and they’ll walk you through life and they’re dependable,” Bindi explained.

“And she said, ‘That’s what our marriage was. It was like the most comfortable pair of shoes… That’s what you’re looking for, so you can enjoy all of this wonderful adventure, but then at the end of the day, you’ll come home to someone who will always be there for you and who will back you up and just be that comfort and support in your life.’

“Her marriage advice is so wonderful because I feel like that’s what we have,” Bindi gushed.

On Wednesday, Bindi announced the couple’s engagement news on social media by posting two photos of herself with Powell, 22. In one image, the couple is lovingly embracing each other. The second image gives fans a closer look at her shiny new engagement ring.

According to People magazine, Irwin and Powell started dating in 2013 when he was in Australia for a professional wakeboarding competition. He visited the Australia Zoo, where the Irwin family lives and works. Since then, Powell has grown to share her affinity for animals.

She previously told the outlet that she’s thrilled to find someone who shares her late father’s love of “wildlife and conservation,” noting “he has this strength. Which is necessary when you’re jumping on crocs.”