It is important that we know that no minister of God is exempted from mistakes, the mistakes, however, can be minimized through the operation of wisdom and a teachable heart.
I have taught times and times again that in any Ministry, the first set of sons and daughters there can only survive under the one leading them by allowing forgiveness reign in their hearts. 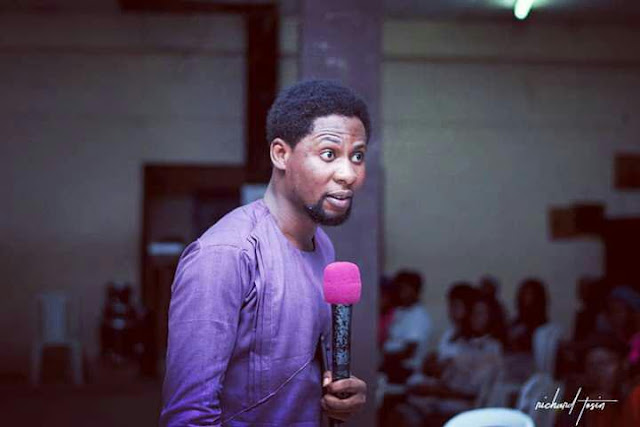 Here are a few terrible mistakes that ministers of God must run away from:
Many church members may not be able to say it, but it doesn’t change the fact that it hurts them.

1) Don’t make the mistake of bringing people’s personal issues that they brought to you on the basis of trust and respect to the pulpit while ministering.
Don’t fall to the temptation of thinking that they are not on seat, those who are on seat and also know about the issue will call to tell them after the meeting. When a trusted priest brings up the people’s matter on the pulpit to either scorn them or teach others lessons from it, it Pierces the people’s hearts and makes them vulnerable to offenses. It is betrayal, it is an abuse of power and sacred position of authority.

2) Don’t correct personal issues that you could discuss with a person personally on the altar with the thought that the fellow will understand better, it is cowardice to do so, it doesn’t show strength, it shows weaknesses all over.
Personal issues should be dealt with personally, and that for the congregation should be dealt with congregationally.

3) Teach people to be faithful and loyal, but don’t fall into the pitfall of putting them under the pressure of staying around you in the days of plenty because you have been there in their days of lack. I have had to pray about this particular one very well, and I have had to conclude that anytime people have to stay around a Ministry for anything else other than love, then the rest becomes manipulations. Should people do good back to a people that have supported them when they were not strong enough? yes! But they should know that they are not under any pressure to do so, it is only good to do so.

5) I have observed and discovered that Ministry and ministers who live all their lives dealing with petty issues don’t grow. Some issues are to be completely ignored while the parties involved settle their issues amongst themselves. The moment the clergy gets himself roped in every matter, soon the people will begin to see him as being biased, particularly the parties that are falling short in his judgments.

6 ) Avoid the temptation of using prophesy to match make members as husband and wife. I have encouraged Christians over and over again that they are never to be trapped in a web where someone is trying to prophesy a spouse into their lives, it will always backfire.
Dear minister, even when you have an incline that two people are meant for each other, kindly let them pray and discover on their own, it is more honourable that way.

Lastly, avoid the mistake of the indiscriminate relationship between opposite sex. Dear male pastor, please stop asking ladies to come to see you at August hours of the day, kindly resist the temptation of falling in love randomly. The fact that you are anointed is enough reason for many ladies to like you and want you for a future partner, kindly ask God for wisdom to handle situations like this. Make your relationship public, don’t refer to your spouse as your sister, you are not Abraham.

Please note this, at some points of greatness, it is possible that even some of your so-called friends may not be able to handle it, kindly remain focused and humble.

I hope this helps someone, this helps the work of God in someone’s hands, and it is received sincerely in humility love.